The beginning of the new year is always of time of deep reflection, followed by big dreams, new goals and “fresh starts”. It happens to be a great time for all of these things in regards to my season as well considering we are at the official half way mark of both the Ukrainian Superleague and VTB League competitions. We would certainly like to forget the majority of our first half of the season, and focus most of our energy on being better the second time around. 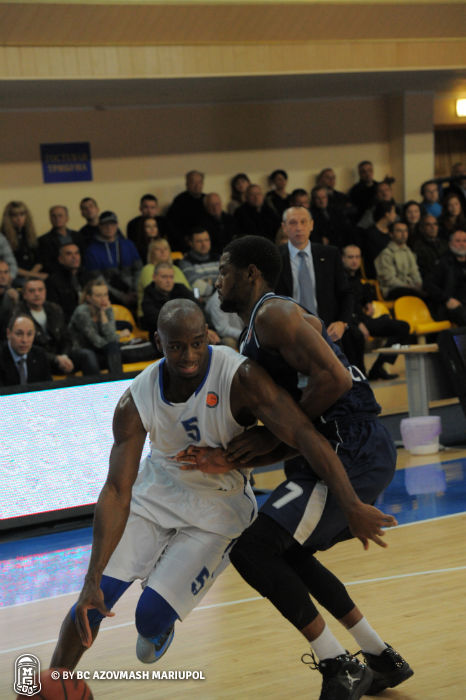 First game action of the season versus Triumph

The first half of the season was filled with injury, starting with my broken hand in the preseason. Five days before the first game we lost one of our point guards to a torn hamstring. Sprained ankles, sore knees, bruised thighs, bad backs, and the occasional gash requiring stitches, kept four additional players out of at least one game. In 22 games, we have yet to play with our full roster. But this is no excuse for games that we didn’t finish down the stretch, or didn’t show up to with an intensity level high enough to compete for a victory. We earned a 7-6 record in the Ukrainian Superleague, leaving us in 7th place, and a 2-7 record in the VTB League, putting us second from last in our group of 10 teams. Needless to say we are looking for a change of direction in this second half. 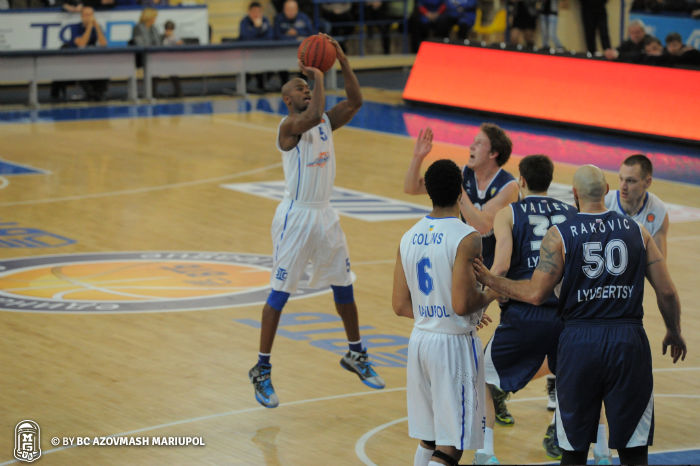 Two points for the home team!

I believe that we struggled through a great deal of adversity up until now. A lot of things were stacked up against us from the start, and we put ourselves through some additional pain as well. With that though, I think that we will be a stronger team mentally moving forward. From now until the rest of the season there should be no questions about what it will take to get to where we want to be at the end of the season. We certainly know what will put us in the mix of an average-below average team!!

Keep an eye out for BC Azovmash in 2014! Check out or game against Neptunas, Jan 5 on the VTB League website. 7am Eastern for you early birds!